Why Do We Cry And What Can We Do About It? 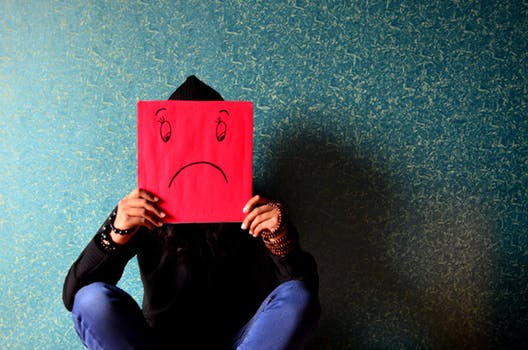 Apparently when I was a child I used to cry at the opening credits of ‘Lassie’ I must have seen it often enough to know that it would break my little preschool heart and I just did what was natural, I expressed my emotions. But somewhere along the way as I grew up I learned not to cry at ‘Lassie’ (well to avoid the film to be fair , I can’t not cry at it, i’m still human!) and later not to cry at much at all.

Crying is often viewed as a childish or silly thing to do but it turns out that the process of crying is actually rather complex and there is a very good reason for it. Apparently there are three types of tears for different circumstances but the ones I want to talk about here are the “psychic tears” (it is a genuine term, it has very little to do with determining the future or reading minds though). Psychic tears are linked to emotional triggers, when we experience loss, separation, loneliness, joy, love, relief, you name it. When we are triggered emotionally something amazing happens in our body, if the feeling is intense enough our brain (specifically the hypothalamus) will stimulate tear production. We have no control over this part of our brain and as clever as it is it can’t tell the difference between positive and negative emotions so It will release tears, which btw contain painkillers, to help calm us down, reduce our heart rate, relax our muscles. Essentially tears are our brains way of comforting and soothing us, it’s wholly natural and actually rather healthy.

Research also suggests that crying has a social function, it is a way of non-verbally asking for support, of making connections with other people. It’s baffling then that often we are given the message that crying is unacceptable, women are often considered emotional (as a negative term, which in itself is odd) or unstable because we, generally speaking, more readily cry. While men are considered weak and unmanly if they are seen to cry. And like most social conditioning these messages start in childhood when we literally tell children to “stop crying”.

Why is this natural and essential behaviour so unacceptable to us? Is it because when faced with other people’s sadness it reminds us of our own? Is it because we feel helpless to make things better for them? Or is their vulnerability a reminder that we are also weak, squishy and prone to sobbing when we watch “Marley and Me” (seriously, if you haven’t seen it it’s brutal in the true sense of the word).

But what happens to us when we don’t cry when we need to? Often we get angry instead. Those emotions that need releasing don’t just disappear because we refuse to cry, they have to come out some other way and for many of us anger is a more acceptable emotion, it feels more powerful, more masculine. But to turn our vulnerability into anger is more stress inducing, it can cause feelings of regret and shame that can in turn become more unreleased emotion and so it goes on…

So maybe instead of trying to jolly or bully people out of crying, we could simply allow them to shed their tears and let their clever brains complete it’s healthy, soothing process. And maybe we could do the same for ourselves too.

Crying is a healthy and natural part of having a large spectrum of emotions and it’s nothing to be ashamed of. But if you find yourself needing to cry more often than you think is healthy it might be time to consider getting some additional help and support.